This an updated version of previous article on hipscores in Barbet breed. At this moment 2951 dogs were taken under consideration. 536 (previous analysis consisted 418 scores) of them had been screened (18,1 % of whole population). In comparison with previous results the changes are minor, 75% of screened dogs are healthy1 (previously 73%), 25 % have some form of dysplasia2 (previously 27%), 11 % have severe dysplasia3 (no change). According to FCI rules, there are no such things like double hipscores. Hips are marked with one letter (A to E) Final grading is based on the worst hip joint. 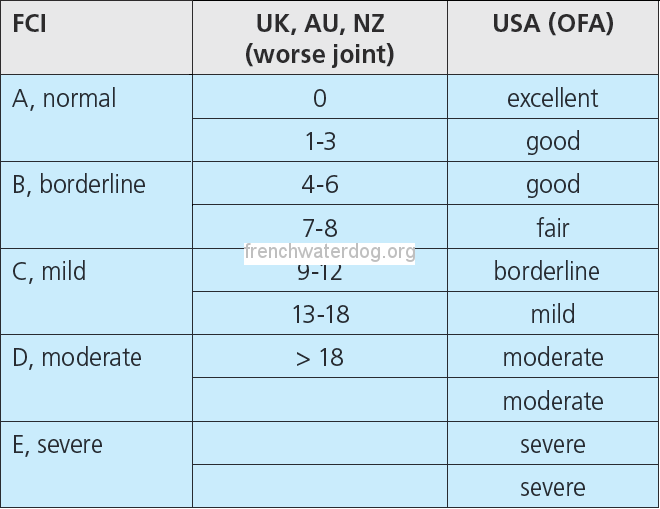 In this analysis however due to very small number of tested dogs, we have used double hip grades to show how much of them are non-symetrical cases. But still according to FCI rules, we categorizedthe double hipscores basing on worst hip (f.e. A/D is treated as severe dysplasia same as D/D) 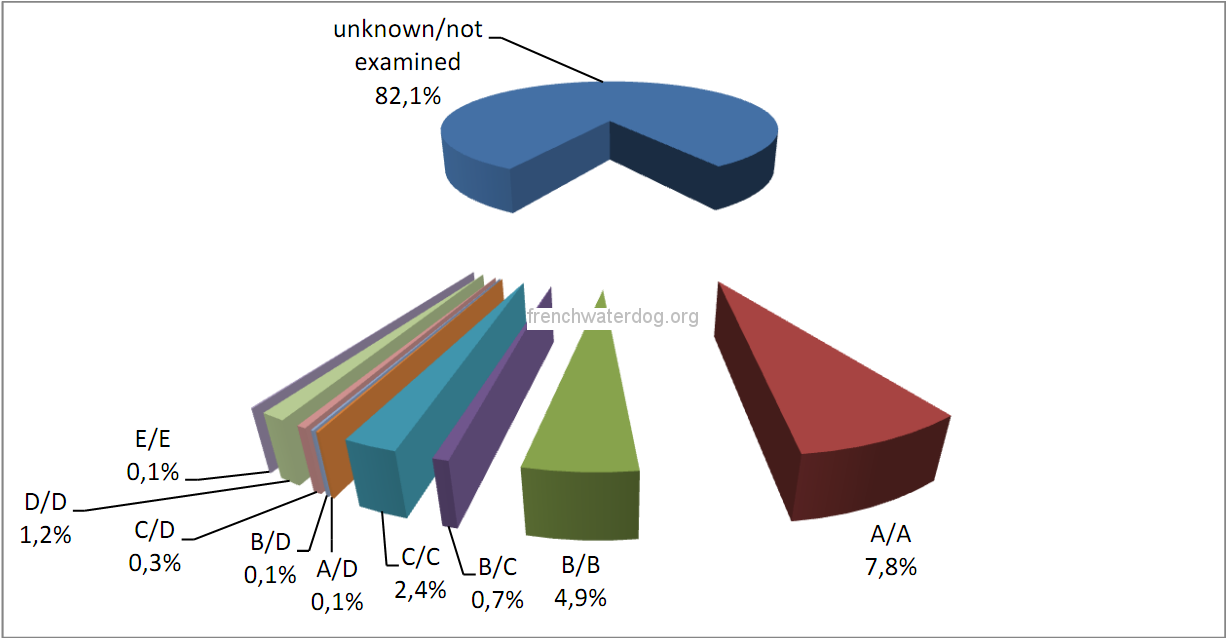 This chart shows the hipscores divided by results in whole population.

This one shows the hipscore results in screened population.

There some debates raising form time to time about whether the Barbet breed is relatively healthy or unhealthy breed in terms of hip dysplasia. Making such assumptions, without having established knowledge of situation in the breed (proper data) and comparable data (other breeds results) is purely speculative. It may cause more harm to the breed then one would expect, especially when such fallacies may have an impact on breeders, club breeding programs or just on people choosing the breed.

To make things easier to compare with other breeds, we have grouped the results in three categories

We may try to compare those results to Finnish study on hipscores in breeds. However have this in mind that Finnish study:

Due to this factors it is far from being a good data to compare, unfortunately we had not been able to find any better sources with statistical data. If we were to put Barbet results in, the breed would be placed 10th amongst 23 screened.

2 B/C or lower, including severe dysplasia