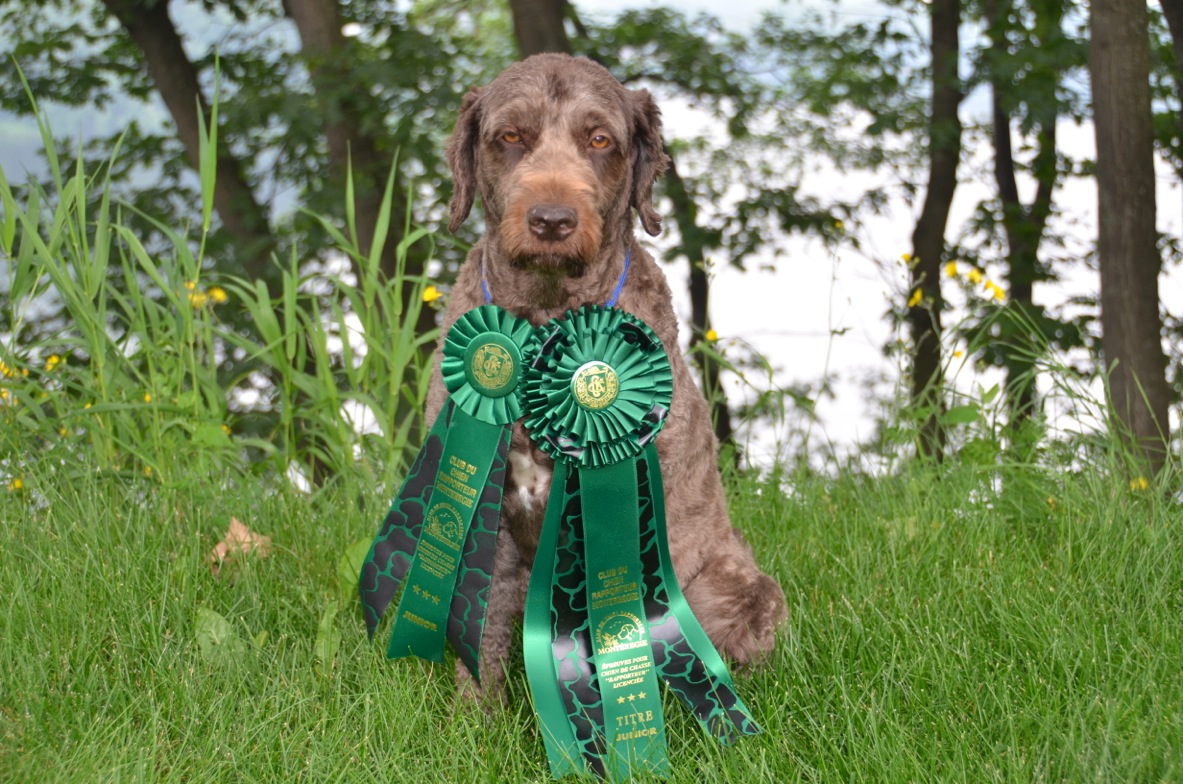 Here is another great news for  Barbet. At this weekend  Bibiche Di Barbochos Reiau of Prouvenco Barbet became the first Barbet in Canada to hold a title of  “Hunting test”, the Barbet is accepted only since January 2013. Bibiche did a hunting test and passed the test and become the first Barbet in Canada hold such a title. On Sunday, June 30, 2013 Bibiche has obtained afourth rosette to show the judges that the Barbet is indeed a retriever. Bravo to Bibiche and her owner Jacques Cyr.